What Is Empathy?
Empathy is the ability to emotionally understand what other people feel, see things from their point of view, and imagine yourself in their place. Essentially, it is putting yourself in someone else's position and feeling what they must be feeling.
When you see another person suffering, you might be able to instantly envision yourself in the other person's place and feel sympathy for what they are going through.
While people are generally pretty well-attuned to their own feelings and emotions, getting into someone else's head can be a bit more difficult. The ability to feel empathy allows people to "walk a mile in another's shoes," so to speak. It permits people to understand the emotions that others are feeling.
For many, seeing another person in pain and responding with indifference or even outright hostility seems utterly incomprehensible. But the fact that some people do respond in such a way clearly demonstrates that empathy is not necessarily a universal response to the suffering of others.

Signs of Empathy
​There are some signs that show that you tend to be an empathetic person: Having a great deal of empathy makes you concerned for the well-being and happiness of others. It also means, however, that you can sometimes get overwhelmed, burned out, or even overstimulated from always thinking about other people's emotions.
Types There are different types of empathy that a person may experience:
Uses
​Human beings are certainly capable of selfish, even cruel, behavior. A quick scan of any daily newspaper quickly reveals numerous unkind, selfish, and heinous actions. The question then is why don't we all engage in such self-serving behavior all the time? What is it that causes us to feel another's pain and respond with kindness?
There are a number of benefits of being able to experience empathy: Tips for Practicing Empathy Fortunately, empathy is a skill that you can learn and strengthen. If you would like to build your empathy skills, there are a few things that you can do:  3 Ways to Build Real Empathy for Others in Your Life

5 People Who Can Help You Strengthen Your Empathy Muscle by Emma Pattee originally published in the New York Times on October 4, 2020.

Ever wondered how empathetic you are? Here’s a simple test: Read the news, speak to your boss, ride public transportation, start a conversation with someone who has opposing political views, spend time with your child or spouse, sit in traffic or just spend 20 minutes on Facebook.
Empathy is the ability to understand others’ perspectives, feelings and experiences from their point of view, rather than from your own. Research shows that when people are empathetic with someone else’s experience, they are more likely to have a positive view of that person or group.
It’s important to note that empathy is not sympathy. Empathy is caring for others by trying to share in their feelings and experiences; sympathy is caring about them by feeling sorry for or concerned about them.
In case you, like me, did the test above and found yourself in dire need of an empathy booster, I spoke to five people who have spent their lives studying, understanding and practicing empathy. Here’s their advice on how you can strengthen your empathy muscle: 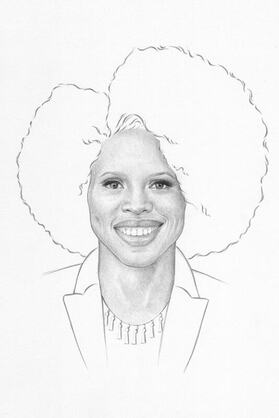 Palesa Monareng
If you’re struggling to have empathy for a friend or a family member, Nedra Tawwab wants to remind you of this: It’s not about you.
“People have their own story, and not everything they do is about you,” Ms. Tawwab said. “It just happened to you; it wasn’t about you.” As a therapist and the voice behind a popular Instagram therapy account, Ms. Tawwab says it’s important not to label people as good or bad, but instead try to relate to the totality of their life experiences.
“People have a full story, and just because they did something bad or unfavorable, they probably have also done so many kind and good things in their life, too,” she said, adding that this is especially true when it is someone with bigoted views.
“I think it’s important to consider how that belief may have served throughout their life,” she said. “Like if your grandfather grew up in 1937, he may be using language that is appropriate for when he grew up. Is it serving him now? Absolutely not. Can you set boundaries? Yes. Can you set limits around what’s talked about? Yes.”
Empathizing with people who hold prejudiced views can be more effective at changing their minds than arguing with them, Ms. Tawwab said, because it allows you to expose them to a way of living or belief system that they may be unfamiliar with.
“We don’t realize how important it is to expose prejudiced people to things they might be unfamiliar or uncomfortable with,” Ms. Tawwab said. “I think the exposure can be more impactful in terms of changing people’s mind-set then arguing or creating a disagreement.”
She added, “Consider how exposure is a wonderful way to impact some change.” 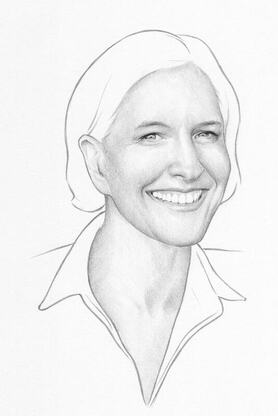 Palesa Monareng
One of the questions that Brené Brown is asked by students in her University of Houston course, “Shame, Empathy and Resilience,” is: “How can I be empathetic with someone who has experienced something I’ve never experienced?”
To answer this question, Dr. Brown, a well-known researcher and the best-selling author of “Daring Greatly,” asks her students to raise their hands if they’ve ever experienced grief. Then despair, hopelessness, love and joy. By the end, nearly every hand is raised. She does this exercise to show that empathy is not about sharing an event in common, but about understanding the shared experience of an emotion.
“I may not know what it’s like to be separated from my family at the border, but I know powerlessness and grief and rage and despair,” Dr. Brown said.
Over the course of 25 years, Dr. Brown and her team have studied shame and empathy by examining people’s lived experiences. What they’ve found is that empathy is a collection of four skill sets: Dr. Brown said it’s important that you don’t take on someone’s emotions to the extent that it becomes a burden, or that you co-opt their experience. “What’s the use of both of us both being in that dark place? There’s no help there,” she said. Dr. Brown uses the example of a friend calling with a marriage problem: “I have to touch in myself a place that understands that feeling, and then communicate back to you in a powerful way that you’re not alone without taking on and owning your pain.”

As you practice your empathy skills, it’s guaranteed that you will occasionally miss the mark. Don’t worry, Dr. Brown said, since this can actually help strengthen your relationships: “Circling back and cleaning up an empathic miss is as powerful, if not more powerful, than getting it right the first time.” 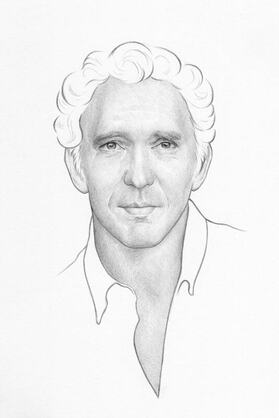 Palesa Monareng
Roman Krznaric believes empathy can change the world. Dr. Krznaric, an Australian philosopher and the author of “The Good Ancestor: How to Think Long Term in a Short-Term World,” has studied empathy for years, and he says we need it more now than ever.
“We are facing a chronic and growing empathy deficit,” Dr. Krznaric said. A study published in the Personality and Social Psychology Review in 2011 showed that empathy levels among U.S. college students had dropped nearly 50 percent in the previous three decades. Dr. Krznaric gave several hypotheses for this, including modern society meaning people spend less time engaged in social activities that nurture empathetic sensitivity, and that “digital culture has created an epidemic of narcissism and exacerbated political polarization that divides rather than unites people.” To counteract this, Dr. Krznaric is determined to help people understand and practice empathy.
One of the ways he’s doing this is through the Empathy Museum, a series of participatory art projects that he founded in 2015 to help people look at the world through other people’s eyes. Its best-known project is “A Mile in My Shoes,” a giant shoe box that travels around the world and is filled with rows and rows of other people’s shoes. Participants can wear someone else’s shoes, like those of an Afghan refugee or a sex worker, while listening to a recording of the person speaking about his or her life and experiences. The exhibit has been to nine countries, and has upcoming exhibits in Slovenia and Italy.
“Everywhere we go, we collect new stories and new shoes,” Dr. Krznaric said.
One of the best ways to develop our empathy in everyday life, according to Dr. Krznaric, is by developing our interest in other people by having conversations with people we otherwise might not interact with regularly. He suggests making it a habit to have a conversation with a stranger once a week. 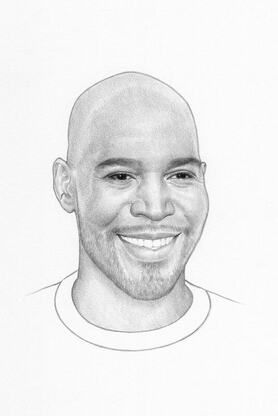 Palesa Monareng
Ever dreamed of having an empathy makeover? Karamo Brown is here for you.
As one of the members of the Fab Five on the Netflix show “Queer Eye,” Mr. Brown helps the subjects of the group’s makeovers find self-confidence and self-compassion by listening to them.
“I joke that I speak the least on ‘Queer Eye’ because I’m always empathetically listening,” Mr. Brown said. Empathetic listening, he said, is the reason strangers open up to him and share personal details in just four and a half days of shooting.
“I’m talking to them for hours,” Mr. Brown said, “and all I’m doing is asking small questions and listening.”
Empathetic listening is a concept Mr. Brown is trying to bring into mainstream culture. It’s the practice of clearing your mind and listening to what another person is saying without any preconceived notions or biases.
“I don’t think we do that enough as human beings, as a country or as a society,” Mr. Brown said. “Most of the time, people walk into situations already wanting to solve people’s challenges.”
Mr. Brown credited his more than 11 years working as a social worker for his ability to listen without judgment.
“We all look at people and start to clump them together,” he said. “Working in social services, you learn to remove yourself, and learn to say: ‘You’re not the same as the last child who was in here. You have your own story.’”
Mr. Brown added that he first understood the power of listening when his grandmother told him, “You have two ears and one mouth, so you can listen twice as much as you speak.” 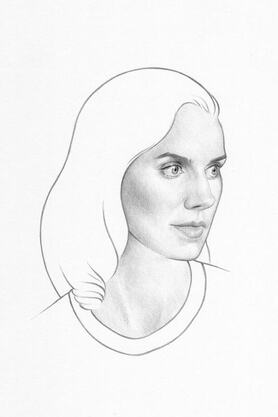 Palesa Monareng
Leslie Jamison has worked hard to get empathy. In her 20s, she worked as a medical actor, impersonating people with medical issues and then evaluating how much empathy the student doctors gave her. She often played a woman whose seizures were caused by the traumatic death of her brother. The student doctors who displayed empathy and listened to her story got to the root cause. The ones who rushed her or made assumptions were stumped. The experience was the inspiration behind the title essay of her book “The Empathy Exams.” In her essay, Ms. Jamison makes an argument that even rote forms of empathy can have a powerful impact:
“Empathy isn’t just something that happens to us — a meteor shower of synapses firing across the brain — it’s also a choice we make: to pay attention, to extend ourselves. It’s made of exertion, that dowdier cousin of impulse. Sometimes we care for another because we know we should, or because it’s asked for, but this doesn’t make our caring hollow.”
Now a professor of creative writing at Columbia University, Ms. Jamison talks to her students about reframing empathy away from ideas of certainty and knowing.
“I’m approaching empathy as, ‘There’s so much I don’t know about the vast mystery of other people’s experiences, but what are the small ways I can act on that unknowing?” Sometimes the greatest extension of empathy, she said, is to tell somebody that you can’t understand what that person is feeling rather than to say something rote, like “that must be hard.”